I just wanted to pretend that it hadn’t happened. It was just one of those days you want to forget. You know – wake up to a brand new day and forget all the yesterday that had gone before?

It’s not that anything significantly bad happened. I just couldn’t keep it at bay anymore. All the emotions that had been piling up – all the cumulative news of loss on top of the personal pains we all carry. It just got to be more than I could tamp down anymore. The frustration, the confusion – all the unnamed emotions that you manage to ignore most of the time came bubbling unbidden to the surface. We’ve all had these days that just feel engulfed in sadness – and if you’re anything like me, you can’t wait for the day to end so you can shake it off and start over tomorrow. Yeah – it was one of those days.

The next morning came – the birds were singing and the sun was shining and I was glad. I sat down with my coffee, my Bible, and my journal – thankful to start a new day.

Free of all that gloom. Until I felt that nudge on my heart – that gentle voice of His Spirit telling me He wasn’t done with yesterday. I had more to do.

It was like He was asking me to take another look. Don’t just shove it down again and try to distract yourself with the newest brightest thing to come your way. Don’t pretend those feelings aren’t there and will just go away if you ignore them. Stop. Look. Take it in for a minute.

So I sat there in the quiet of the morning. That precious silence that doesn’t last long. Me, my coffee, and Jesus. I looked back and let it back in – all those dark things I wanted to shake off. And then this happened – and it has made all the difference.

I felt Him directing me to shift my eyes over – and I caught my breath. He called me to behold HIM. To hold the darkness up in the light of HIS glory, His wonder, His majesty. And right there, in the dawn of the new day, I knew He was there with me. And the more I saw of Him, the more that big wall of pain shrunk as His beauty engulfed it. The more I tasted of His realness, the more I wanted of it. ““Taste and see that the Lord is good; blessed is the one who takes refuge in him” Psalm 34:8

So as the hours turn into days, I continue down this familiar road that I often find myself drifting from. I allow myself to look along the light of His beauty all around me – not just seeing the beauty, but seeing HIM in the beauty. But what does that even look like?

“What, then, is the God I worship?.. You, my God,, are supreme, utmost in goodness, mightiest and all-powerful, most merciful and most just. You are the most hidden from us and yet the most present amongst us, the most beautiful and yet the most strong, ever enduring and yet we cannot comprehend you. You are unchangeable and yet you change all things. You are never new, never old, and yet all things have new life from you. You are the unseen power that brings decline upon the proud. You are ever active, yet always at rest. You gather all things to yourself, though you suffer no need. You support, you fill, and you protect all things. You create them, nourish them, and bring them to perfection. You seek to make them your own, though you lack for nothing. You love your creatures, but with a gentle love. You treasure them, but without apprehension… You can be angry and yet serene. Your works are varied, but your purpose is one and the same. You welcome all who come to you, though you never lost them. You are never in need yet are glad to gain, never covetous yet you exact a return for your gifts… You release us from our debts, but you lose nothing thereby. You are my God, my Life, my Holy Delight, but is this enough to say of you? – St. Augustine

This chasing after His glory… it never gets boring and never ends. Like the back wall of that wardrobe leading to Narnia – we can live in the mundane of the world we have come to expect – or we can reach through that wardrobe wall to the wonder of the God who made it all!

I hear the embattled Apostle Paul whisper in my ear, “For our light and momentary troubles are achieving for us an eternal glory that far outweighs them all.” – 2 Corinthians 4:17

and David declaring, “Both  high and low among men find refuge in the shadow of your wings. They feast on the abundance of your house; You give them drink from Your river of delights. For with you is the fountain of life; in your light we see light” Ps 35:7-10

Come along with me through the wardrobe – I’m going to be putting my discoveries right here for the next month – why not join on in? Let His glory engulf your sorrows, your confusion, your raw emotions and just breathe in His goodness that is all around.

“In such holy wonders, baptize our imaginations, that we might ever be a people shaped by awe at your eternal power, and a people moved to worship by revelations of your divine nature. Awaken our hearts now to beat in rhythm to the dance of your creation. Tune our ears to hear the songs of stars in their trillion-fold choruses, bearing witness to your glory, your power.” Douglas McKelvey

I stood there stunned as I looked at my 8 year old with tears streaming down his face. We thought this would be fun – a fun reward for the many days they had spent on the road with us doing work stuff.

We had a couple hours free in the middle of a whirlwind trip recently, so we asked the kids what they wanted to do. The consensus was to find an arcade somewhere and have some fun. 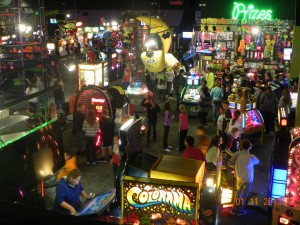 And we did. We found the biggest, best arcade we could find. Not only was this arcade bigger and better than many we had been to, it was much, much louder. Like walking into a physical wall of noise. We had a lot of fun, yelled over the chaos as the kids engaged in a Rampage battle and my ‘80’s loving husband impressed us all with his Galaga skills. I leaned over and asked Joshua what he wanted to do next – well, I yelled at him “WHAT DO YOU WANT TO DO NEXT?” And he responded by slapping his hands over his ears and bursting into tears.

We quickly found a quiet place to talk. He said “everyone keeps yelling and it’s so loud it hurts!”

I feel your pain, little man. Have you watched the news lately? Or tapped into any form of social media? It seems like everyone has something to say and no-one is listening anymore. So we all just seem to move faster and yell louder… 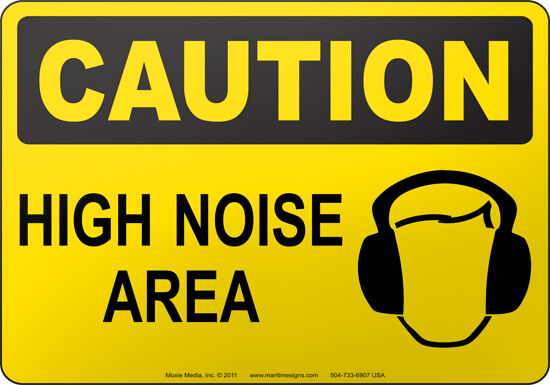 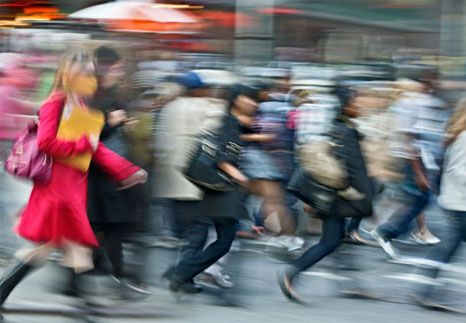 Joshua said to me through his tears that day, “can’t you just talk quieter?” So I decided to try. As we went back into the arcade, in the middle of the ear-splitting din, I leaned in and whispered to him. I found that if I whispered right into his ear, he could hear me despite the noise, and I wouldn’t have to yell anymore.

And as a result, I discovered some beautiful things. He could hear me – and it didn’t hurt. My spirit quieted as I whispered through the chaos. And we had to draw close to each other to communicate.

How do you handle the noise? There are definitely days I want to slap my hands over my ears and find a quiet corner to cry in. But by that time, I usually have to make dinner or take a kid to some sports practice, so I kind of shove the feelings in and keep moving.

But what if we just stop? Stop yelling, and try whispering? Draw close to each other so we can hear the whispers from the hearts of those around us? Maybe even hear the whisper of our own hearts? We look for big, mighty things from God, and often get swept away in the wind, earthquake and fire that come before the still small voice of Jehovah. We shout over the wind, try to be the earth shakers, and pray for fire to burn up the evil, but God is not in those things.

Did you hear that? Elijah wrapped his face in his mantle at the still, small voice of Almighty God. In this world of sound bytes and Instagram likes, might the truest power lie in truth spoken gently from the Maker of our souls?

“I think there is nothing so startling in all the graces of God as His quietness. When men have raged untruths in His Name, when they have used the assumed authority of the Son of God to put to death His real children, when they have with calloused heart twisted the Scriptures into fables and lies… when they, using powers He grants them, claim universal autonomy and independence, He, this great silent God, says nothing! His tolerance and love for His creatures is such that, having spoken in Christ, in conscience, in code of law, He waits for men to leave off their bawling and turn for a moment to listen to His still, small voice of the Spirit.” – Jim Elliot

What a beautiful wonder those words awaken in my heart! What common sense goodness.

Maybe rather than pushing away or trying to yell louder, we could try whispering back. Draw near, listen closely – not only to the words, but to the hearts, of those around us. Especially those we disagree with. Hear the fear that makes voices rise to a screech. Listen to the pain that causes those we share this planet with to build walls around their hearts. Draw close, and whisper gentle truth. You will find your own heart softening in the process. You may not agree, but you might understand. When you understand, you will learn to love the heart of the person, and maybe in that quiet place, Jesus will be heard.

Maybe we all just need to whisper a little more?

“We need to find God, and He cannot be found in noise and restlessness. God is the friend of silence … we need silence to be able to touch souls” -Mother Teresa